A year ago, my brother Arthur and I decided to start the Proglodytes blog. I had written reviews and features for a few different music sites, and Arthur had run a rather successful music site for religious musicians who didn’t write religious music (called Linescratchers). We both decided that we would take our combined experience, and our love for progressive music, and make our own website. The rest is history. We’ve done some really awesome things, and we’ve had some struggles along the way. But, we’re all really proud of what we’ve built.

In our Progsgiving post, I talked about some of our achievements as a blog. In this post, I wanted to take a look back at some of my favorite posts, podcasts, and moments of 2016. Arthur already mentioned a few of them in his year-end post: the Beav interview, our interview with Emma Hardelin, and the Album Reclamation Project, among others. I’ll highlight some of my favorites that he didn’t mention. 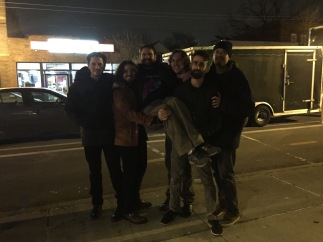 Thomas with the Tea Club

Arthur, Devin Townsend, Thomas, and David (our other brother) 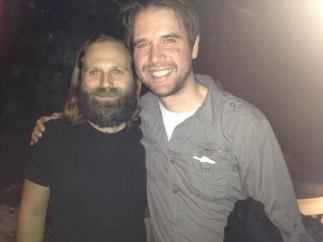 Rylee McDonald from Advent Horizon (and his wife Kristen), Myself, and Jared Hill (Roswell, other projects)

Keith Bailey and I at the Ghost concert

Spock’s Beard’s lead singers from past and present

Brian ‘Beav’ Waddell: I’ve been  surrounded by music so much lately… that my idea of a good time is to go home and stare at a wall.

Thomas: I understand that.

Thomas: Dude, gimme a couple hours and I’ll drive up there, and we can just find the nearest wall.

Arthur: Yeah, we could each take a wall.

2017 is going to be a pretty amazing year for prog, with new albums from Tim Bowness, Soen, Pain of Salvation, The Mute Gods, Blackfield, and so many others. Commit to see some of your favorite artists in concert, support them by buying merch and albums, and fill your lives with progressive music. May 2017 be an amazing year for all of you music fans, and on behalf of the blog,