If you are here in the United States, and you celebrate Thanksgiving, chances are you’re probably still feeling the effects of the holiday. You’ve probably still got leftovers in the fridge. You’re probably dreading that promise you made to yourself to get fit after gorging yourself. And, if you captured the spirit of the season, you’re hopefully making an effort to show gratitude. Even though this year has been tough in a lot of ways, for a lot of people, there have been some little glimmers of light, and many of those have been musical releases in the progressive rock world. So, let’s celebrate Progsgiving™(not really ™ )  by thinking about what we are grateful for in progressive music!

Here at Proglodytes, we are pretty grateful for what has been a pretty awesome first year. Arthur and I started this website in January of this year, and since then, we at Proglodytes have:

We are immensely grateful for the ability we have to share the prog with you all. We asked our staff what they were thankful for, so we’ll close with some of their answers:

Rylee McDonald (of Advent Horizon)– “I’m thankful for the fact that no matter how many “farewell tour”s Thrice plays, they’ll never really be done. 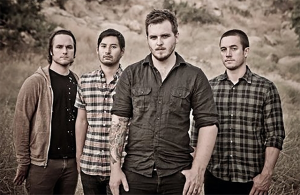 Xerxes-I am grateful that Thomas did the Love Beach review so I didn’t have to.

I am grateful that Rick Wakeman wears sweats under a sequined cape at concerts. One day, I too will no longer give a…

I’m grateful for good music, good food, and good people surrounding me. And the Oxford comma.

Proglodette-  I am grateful that Jon Anderson is 71 and sounds like he is half that age. Sing on Jon!

Iris- I am grateful because prog brought me the best friends ever, including the person I love the most.

Back in 2015 I finally started to focus more on doing album/gig reviews, set up my own website Grendel Headquarters. Not much later I became part of the Proglodytes team, a wonderful team of amazing people. The year 2016 was also a good but strange year. I was fully functioning on my work as a freelance (prog) rock reporter/journalist, but sadly, bad things also happened. My private life became a big mess because of huge changes, making it impossible to work at my usual speed (which isn’t fast at all, haha). It’s still a big mess at the moment, but I finally start to get things rolling, and hopefully rolling in the right direction. I found out who my real friends are, and who to rely on (and that also includes artists and bands)… And of course, I found the person I love the most!

Ps: He “found” me because of a review I wrote and shared in a certain Facebook group… Which is amazing!

Iris’s website is https://grendelhq.wordpress.com/– Check it out for some awesome prog reviews and discussion!

I’m grateful for great music (progressive rock and other styles) that make me feel things. I listened to Peaceful Harbor the other day by Flying Colors and got emotional and it made me grateful for the role that music has in my life.

I’m grateful that I got to see Spock’s Beard’s Snow album LIVE. I honestly never thought it would happen. Ever.

I’m grateful that there is a possibility of a Genesis reunion with a more physically well- Phil Collins.

Arthur- I’m happy with what I have to be happy with. (Rylee interjects- “we’re gonna need to have a chorus”)

Happy Progsgiving from Proglodytes! What are you thankful for? Write below in the comments.