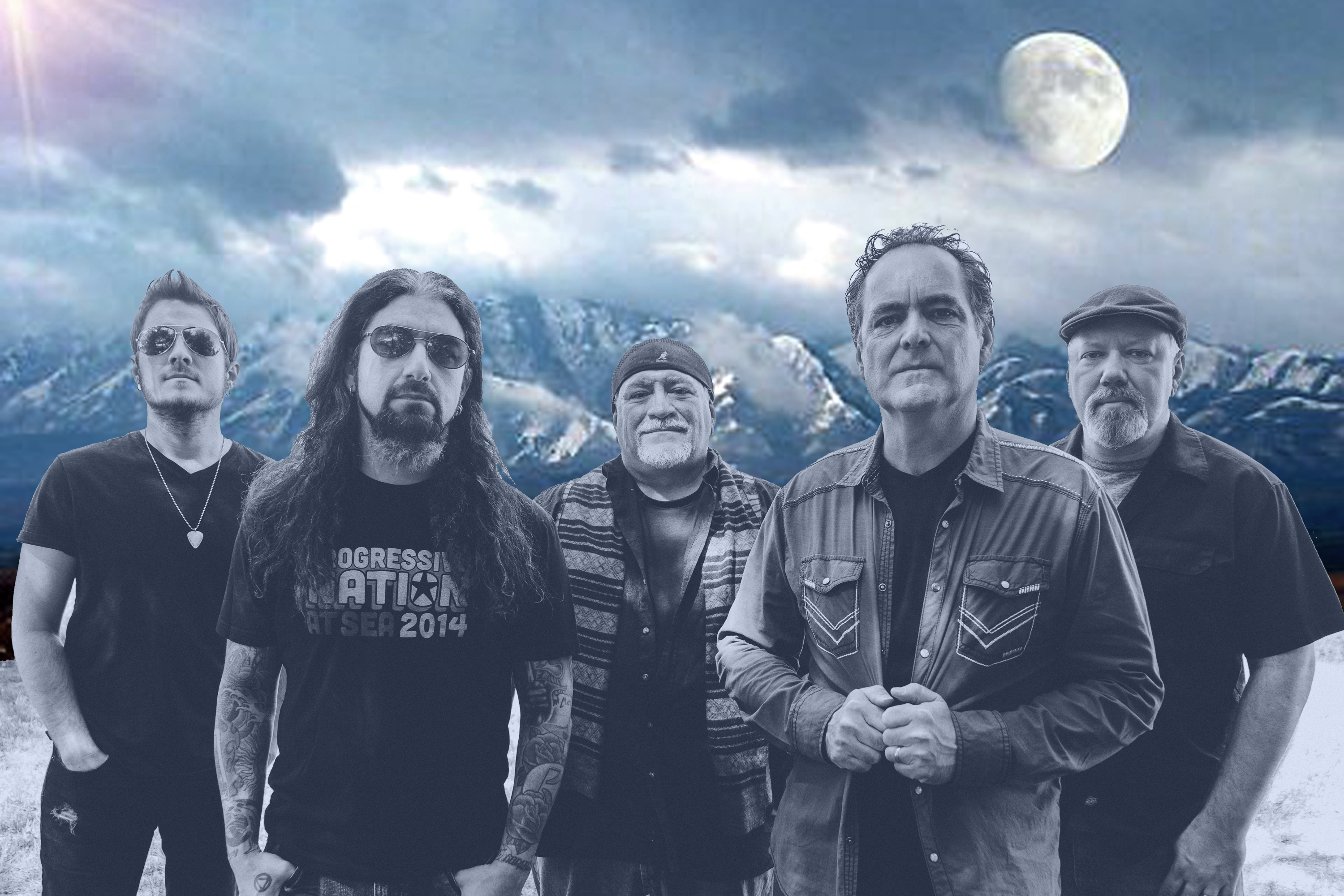 If anyone in contemporary prog is more ubiquitous than Steven Wilson, it’s Neal Morse (and maybe Mike Portnoy).  After leaving Spock’s Beard, Morse has released albums under his own name, as well as the bands Transatlantic, and Flying Colors; he released a pair of cover albums with the aforementioned Mr. Portnoy as well as formed a Beatles tribute band, Yellow Matter Custard.  In addition to this, he has provided guest appearances with Ayreon, Dream Theater, Roine Stolt and Jordan Rudess.  Obviously, this wasn’t enough to fill his dance card, so he formed the Neal Morse Band and this year is about to release a double concept album based loosely upon John Bunyan’s Christian allegory, The Pilgrim’s Progress.

The Similitude of a Dream is this album, and the early reactions for it have been extremely positive.  Portnoy, who provides drums on the album, has been positively effusive, stating that it is the best concept album of which he’s been a part and describes Similitude by saying, “I think what we came up with is absolutely the best of the best, so I’m proud of it and think it can stand up to anything.”   Reviews of the album have also been anything but understated.  Having this as a backdrop to my first listen of the album made it quite difficult to approach.  I’m a fan of Morse, but “the best of the best” doesn’t come around very often, and so I feared that it was almost inevitable that I’d be disappointed.

Doing a track by track review of the album is impractical, as Similitude 23 tracks long, clocking in at over 100 minutes long.  The length of the work makes it a daunting piece to approach initially, but the opening piece, ‘Long Day’ is a lovely way to begin.  It opens with a lovely string quartet which introduces a melancholy theme which is then picked up by the vocals.  This theme will return later in the album, and is welcome every time it is referenced.  ‘Long Day’ is followed ‘Overture’ which functions less as a true overture (I don’t recognize many of the musical themes of ‘Overture’ as existing in other parts of the album’, and more as a show off piece for the musicians, all of which are very good, as one might expect.  The first ‘single’ from the album is its fourth track, ‘City of Destruction’.  It’s a solid hard rock number that references the name of the city where the pilgrim in Bunyan’s book lives at the beginning of the text.  Lead vocals are shared on this track by guitarist Eric Gillette, a capable vocalist in his own right.  The song has a decent hook which is welcome at that point of the album.

Similitude is clearly a Neal Morse project, and beyond his distinctive vocals, the album is fraught with musical passages that will sound somewhat familiar to fans of Spock’s Beard and his other projects.  However, Similitude isn’t just Neal as solo artist.  There are key contributions from the rest of the band, not only as instrumentalists, but as featured vocalists and songwriters.  It is perhaps for this reason that the album displays a tremendous variety of musical styles from the expected Morse-ian prog to hard rock (‘The Man in the Iron Cage’, ‘So Far Gone’), to atmospheric ballad (‘Breath of Angels’) to pop (‘Shortcut to Salvation’) to country (‘Freedom Song’) to Who-esque classic rock (“I’m Running” – complete with Portnoy giving a passable Keith Moon impersonation). Special mention must be given to “The Ways of a Fool”, which manages to move from  Alan Parson’s Project-sounding part into to a Partridge Family moment to a Beach Boys bridge to an ELP musical interlude.  It needs to be heard to be believed.

Similitude does an excellent job of building to a climax about 2 and a half minutes into  ‘Confrontation’ which reprises the chorus of ‘City of Destruction’ in a most dramatic and effective way before the we are presented with the instrumental ‘Battle’ which resolves in a reprise of the opening track.  In short, the album begins well, and ends well, which demonstrates the songwriting and arranging skills of the band.

A note about the lyrics.  I can’t imagine that anyone who reads this will be shocked to learn that this album contains a rather thick layer of Christian imagery and content.  This doesn’t trouble me both because I know going into a Neal Morse album that I’m going to get that and because the source text for the album is a 17th century Christian allegory.  Sometimes the lyrics threaten to become overly sentimental, but considering the heavy-handedness of The Pilgrim’s Progress, Similitude is far less preachy than I presumed going into the album.

As mentioned above, there has been a certain hyperbole surrounding the release of Similitude of a Dream, and so it seems strange that it feels critical to state that the album is ‘merely’ very good.  Not everything in the album works and not every song is a masterpiece.  Sometimes the lyrics do get a little heavy handed, and sometimes the musicians seem to fall into the common progressive rock trap of having a song serve their considerable skill as opposed to the other way around.  That bit of negativity aside, the album is very good, and it continues to grow on me with continued listening.  Who knows, with time, maybe I will recognize it as the best of the best.  Until then, I unreservedly recommend this album as an example of what progressive rock can sound like in the collective hands of people who know what they’re doing..