One of my favorite aspects of Bent Knee’s music is the production. While the combined talent of the band is astounding, each member seems to know when to shine and when to pull back. Much of this can be attributed to their world class producer/sound designer Vince Welch. In most bands, the producer is an outsider who is brought in to facilitate the realization of the band’s vision. But Vince functions as a full band member, actively contributing to the songwriting process, producing and mixing the albums, and performing in Bent Knee’s live shows as both an instrumentalist and a “sound designer” (which is explained below in more detail). Vince recently started a Patreon, where he offers advice about production, engineering, and lots of other things. Vince stopped by to answer some questions about his musical history, his work within Bent Knee, what he is doing in live shows (click here for tour dates!) and his ideas about the role of a producer.

1.) Tell us about your history with writing and recording music.

I was a bit of a late starter with music. I got my first instrument, a guitar, in my last year of middle school, back in 2001. My buddy Jim had a half broken, seven string Epiphone Flying V that he was looking to sell, and he sort of talked me into buying it. In retrospect it was an absolutely absurd instrument to start out on. But somehow I still got really into it. Probably only a year or two after that I decided I wanted to do music for a living. My Dad had been a professional musician (classical organist), and he provided a lot of cautious encouragement.

As for recording, the first time I really got into that was my senior year of high school. Everyone had to do a senior project in order to graduate, and so I decided for mine to make a solo record. It was just me on guitar, with drum loops. I wound up loving the process of making it. It was also around that time that I started listening to Porcupine Tree and Nine Inch Nails, which was really the first music that I heard that introduced me to the concept of the studio as an artistic tool. As an introvert I found something really lovely about being able to just sit in my room by myself and basically sculpt music.

That interest led me into the Music Production and Engineering program once I got to Berklee, originally with the intention of using what I learned to make my own music. Somewhere along the way though I became more comfortable in the role of producer than artist. I suppose now with Bent Knee I get the best of both worlds and get to play the role of both artist and producer.

2.) At one point did you begin to produce music?

My senior project I suppose was my first foray into music production. But really I would say I didn’t become a real “producer” until I was at Berklee. I remember the first project I ever did that actually sounded like a real recording. It was a Pantera cover band that some of my friends in school formed. Looking back, I think it sounded good not because I knew what I was doing, but more because the musicians in that band were amazing. But I think that’s a really crucial moment for any aspiring mixer/producer, the first time you make something that actually “sounds like a record” as they say. Just knowing that’s something you’re capable of, all of a sudden you don’t want to settle for less. Maybe that’s the biggest thing I got out of school. Just having these amazing musicians around you, it’s a lot easier to start making good sounding recordings.

3.) In our interview with Bent Knee in 2017, your bandmates described your production process as “bent-kneeifying” the music. How would you define that verb?

I think a lot of what my role winds up being when I produce a Bent Knee album is troubleshooting. Basically, even after a song is written their tends to be some rough edges; arrangement issues, problems with dynamics, etc. The production process naturally puts the songs under a very detailed microscope, so I guess you could think of the “bent-kneeifying” as the process of smoothing out all those small little issues and imperfections that tend to get overlooked when the music is only existing in a live context.

4.) Bent Knee has described their songwriting process as democratic, which can be challenging. How would you say your role as a producer factors in with a setup that involves equal representation?

The process becomes less democratic once it moves into the realm of making a recording. Maybe it’d be more of a constitutional monarchy. Democratic processes tend to lead to an absolute mess when you use them to manage projects. At the end of the day, that’s the most important role of a producer. You need one person who takes responsibility for the outcome. I think the democratic thing works for the songwriting because a song is a much more abstract thing than a recording. 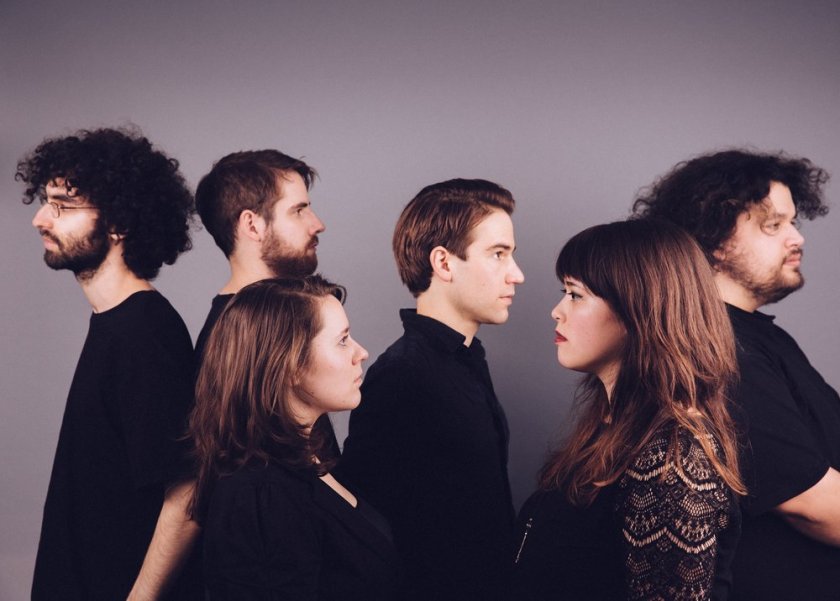 5.) Tell us about your Patreon. Why did you choose to utilize Patreon? What can patrons expect from you?

Patreon wasn’t really on my radar until four out of five of my bandmates started using it. Lately, I’ve been getting more and more interested in teaching music production. Patreon struck me as a really cool medium for doing that, as you can offer different things to different people using the tier system, depending on their interest and how much they want to spend.

I’m trying to make sure that my Patreon is delivering really cool content to every tier. At the lower levels, it’s a lot of articles, mixing tips, access to drums samples and things like that. At the higher levels, the rewards become more customized for the individual, where I’m offering things like mix feedback and private mixing/production lessons.

6.) What are some “rookie mistakes” that you see commonly from sound engineers as they are starting out?

Obviously, everyone makes tons of mistakes as they’re learning any complicated skill like music production, but I’ll talk about what I think is the worst one that I see a lot of people making. As an engineer, you should never value sound over performance. If you have to sacrifice sound quality to make the artist comfortable and get a better performance, that’s always going to be a good sacrifice. After all, great performances are what make records great, not great sounds.

I’ve been using Pro Tools for the last few years. Before that I had been using Reaper. Back when I was first starting to get serious with production, the non HD version of Pro Tools had a number of serious issues, and was honestly pretty crappy software for trying to make a record. So my search for an alternative led me to Reaper. But in the meanwhile, Avid fixed pretty much all the issues I had with Pro Tools, and it actually became quite good, even at the non-HD level.

There’s a certain convenience factor to using Pro Tools, which is just that since that’s the standard for professional studios, it’s way easier when your tracking a project at different studios to just be able to keep it in the same DAW the whole time. And aside from that, I think Pro Tools is pretty good these days. It’s reasonably well laid out, you can do pretty much anything you need to in it, and at least for me it’s been rock solid in terms of stability and reliability. Very few things kill the creative juices as fast as having to troubleshoot why your DAW keeps crashing.

8.) If you were to say an album was well produced, what would be your criteria for that? What are some examples of albums that you feel like are well produced?

For me, a well produced recording is one that realizes the full potential of the music. This means creating a sonic environment that’s going to maximize the emotional impact that the music is going for. This could mean a lot of different things depending on what the music is like.

As an example, let’s look at two albums that I absolutely love the production on: Carrie and Lowell by Sufjan Stevens and The Fragile by Nine Inch Nails. Incredibly different approaches on both these albums, but I can’t imagine them any other way. On the Sufjan album, the soft sounds and sparse arrangements fit the quiet, introspective nature of the music. There’s space for the listener to sort of roam around within the songs. The Nine Inch Nails album on the other hand, is this richly orchestrated, precisely made thing with these heavy aggressive sounds. This is supporting the more extroverted, angry vibe that Trent Reznor is brining to the table. Two brilliantly produced albums, but if their productions had been switched, if The Fragile had been produced the way Carrie and Lowell was, or vice versa, the albums would be ruined.

A good producer reacts to whatever music is brought to them. There’s no one set of criteria for what makes a good production, it’s all about what works for a particular piece of music.

9.) Bent Knee is currently on tour! (Click for live dates) For the uninitiated, tell us about your role in the Bent Knee live setup as “sound designer”. What does your live rig consist of?

These days I’m doing three things in the Bent Knee live setup. The first two things are pretty straightforward. I play some keyboard parts. I’m using Omnisphere right now for all my keyboard sounds. I’m playing guitar now on a few songs. Guitar is actually the instrument that I know how to play properly. The interesting thing about what I’m doing with that in Bent Knee is that I’m playing a guitar where every string is tuned to A.

And then the third thing, and what seems to confuse people the most, is I’m running Courtney’s vocal into my rig and putting effects on it. These effects range from very subtle, to very over the top. Sometimes the effects are just normal things like a little ambiance, or some mild saturation, but sometimes the effects become a part in their own right. There’s a lot of infinite decay reverbs and feedbacking delays that pop in and out at various times throughout the set. I’ve always been very interested in the idea of textural parts in music; parts that don’t add any melodic, harmonic or rhythmic content but just change the context of everything else that’s happening. Going back to Nine Inch Nails, I think that’s something that I picked up from them.

I have no idea why, but the sound of someone smacking their lips while they eat makes me incredibly uncomfortable.

Bent Knee is coming soon to a city near you! Catch them on their latest tour. And make sure to contribute to Vince Welch’s Patreon page for awesome tips on production and sound engineering and artistry in general!