Jared and I continue on with Day 2! There was so much to write about, and many awesome moments in between, but we tried to capture as much as we can. On to the review!

The Tea Club started off the day with a really unusual and powerful set. An unfortunate family event prevented Jamie from being able to come, so the band opted to come and do a acoustic-ish set. Well, the set ended up being really amazing and powerful, and a true testament to the talent and skill of my good friends with The Tea Club.

The Tea Club put on a gorgeous, unique show. They played a lot of new music, which isn’t always my favorite, but the music was super profound and touching. Several that stood out- the Peter Gabriel-esque “Ear on Arm”, the existential pleas of “I Say If, I Mean When”, and then in one of the personal highlights for me, Pat McGowan’s ode to the fears of every new parent, the haunting “River Man” (which I admit had me choked up). I also should mention that The Tea Club is a band of really genuinely good guys too. Our thoughts are with The Tea Club’s extended family as they grieve their loss. Jared and I were really grateful that they came and played for all of us, considering the circumstances. I should also add that if this show was a preview of the new album, the world is in for an arse kicking with their new material. 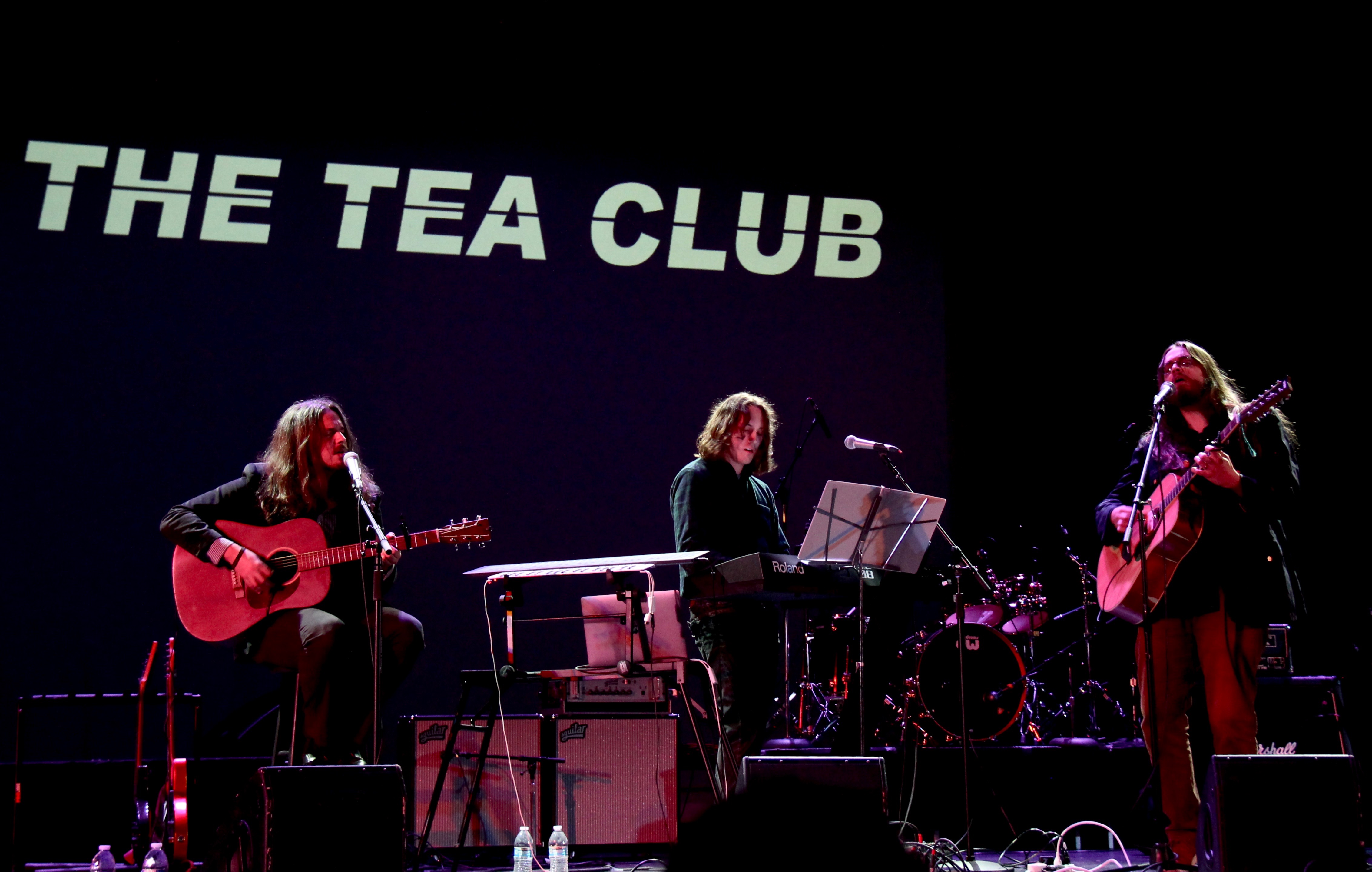 Resistor was a really unique group. Led by multi-instrumentalist Steve Unruh (who is quite proficient at guitar, violin, and flute), they put on a really solid show. Anyone who attended RoSFest 2017 will already be familiar with Steve’s tremendous talent.  Not only did Resistor play the RoSFest after party, but Steve also graced the main stage in support of U.N.I.T.dB.  It was great seeing Resistor step up to the main stage ProgStock.  Each of Resistor’s songs told a different story, and the lyrics and music both had a strong narrative quality. The violin parts, for me, worked especially well within their more traditional progressive rock context. While I’m not as familiar with Resistors work, I gained an appreciation for them after seeing them live. I definitely recommend seeing them if you have a chance.

Next up was Circuline. I met them on Cruise to the Edge, and have since been really impressed with them as a prog fan. What I love about Circuline is that they are FUN. Their music is epic and symphonic, and it translates really well into a live setting. As a live band, their joy was infectious. There were also a few really fun moments throughout the set as well, like a comedic piano duel between keys player Andrew Colyer and drummer Darin Brannon.

Each of the band members in Circuline played really well, but I must make special mention of their new guitarist, Alek . He was an excellent addition to their live sound and had several “wow!” moments throughout their set. Another highlight of their live show was the vocals. I’ve written before about Natalie and Billy’s complimentary voices, balanced out by Andrew Colyers backup vocals. Their harmonies were well balanced and they popped in the mix- I am always a sucker for good harmonies. Also, they played “Pale Blue Dot” by Sound of Contact, which was a nice treat. 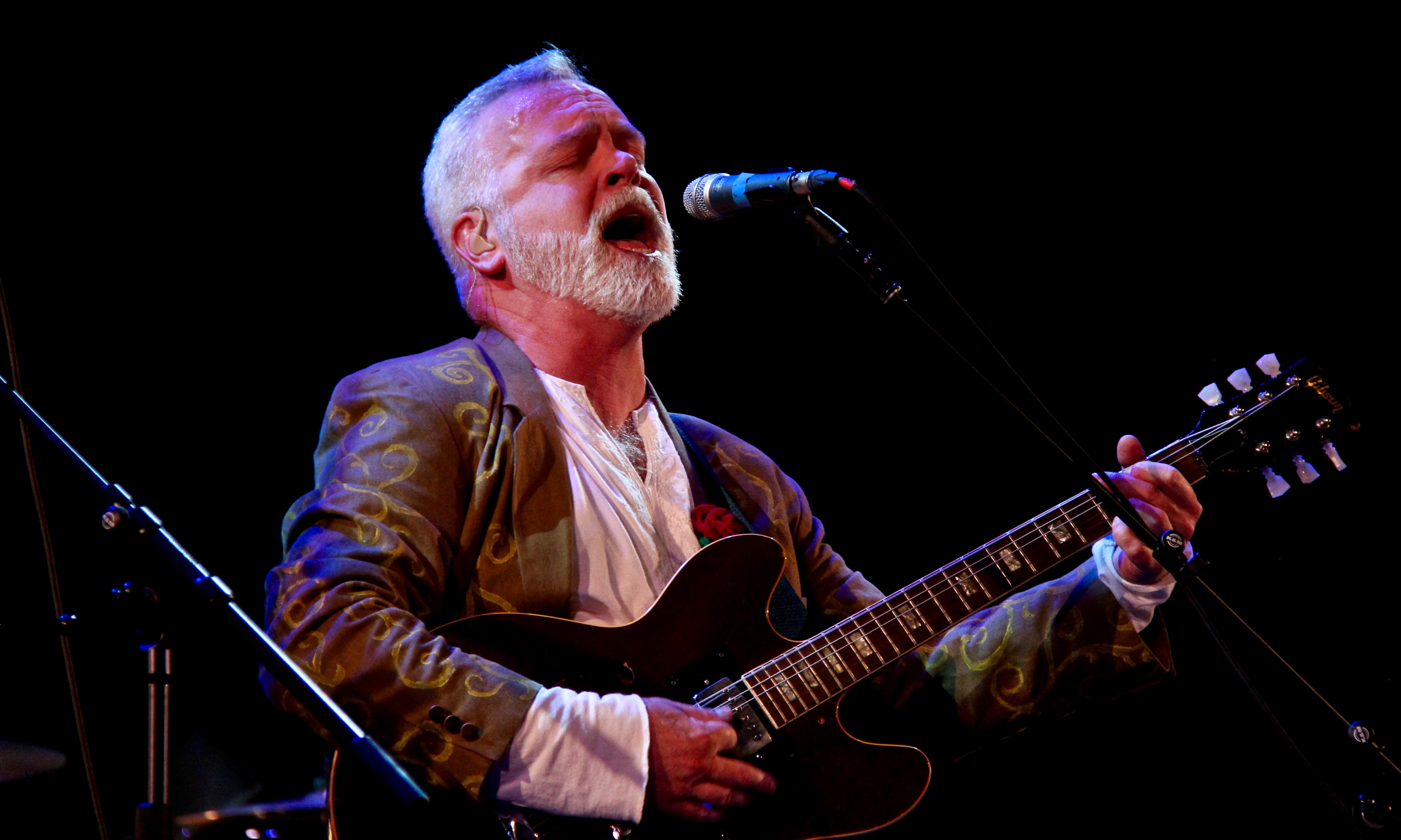 Chilean prog rockers Aisles put on a tremendous show as well. ProgStock was their very first show in the states, and clearly they came to conquer. Aisles has all of the right ingredients for a great prog group- formidable musicianship, interesting and profound lyrics, and engaging stage presence. They also have dual lead guitarists, who were very fun to watch. I can’t finish without mentioning the fabulous drumming from Felipe Candia. Several of us Proglodytes agreed. Aisles is another band that has compelled me to a deep dive of their discography.

Dave Kerzner band finished out the main stage with a play through of his powerful new album Static. Dave Kerzner, a seasoned prog musician with an impressive body of work, was backed by an intimidatingly talented band, that for a few songs included Francis Dunnery, who played some insanely technical guitar work. Guitarist Fernando Perdomo never disappoints. The drummer was also particularly impressive on several songs. Where other acts have been more frenetic and musically intense, Kerzner was more conceptually deep and contemplative by comparison. Static is about the distractions we all have in our daily lives, and the lyrics and stories were very relatable and profound.

I stuck around for the Late Night event, which featured some really great music in the format of the Progressive Coffeehouse, which can be heard on House of Prog radio. The first artist was singer/songwriter Rani Chatoorgoon, who had a really touching and emotional performance of some of her songs, with light accompaniment (tabla and keyboard). Rachel Flowers did a reprise of her previous set, with another performance of “Greg’s Favorite” and another great song that we hadn’t heard yet that had some pop sensibility. We were glad to see Rachel again. The next artist, Simon Godfrey, performed some of his terrific songs in an acoustic format with Tom Hyatt. Around that time, I met up with the drummer from Aisles, Felipe Candia (who was one of the highlights of that show). We chatted about Chile, Pablo Neruda and his terrific and controversial book Canto General, raising children, life challenges, and everything else under the sun. (sidetone: a benefit of coming to a festival like this is mingling with artists you respect- everyone has been super kind and generous with their time). The very talented Jason Rubenstein had just taken the stage, but at that point, I had to take off and get some sleep. I heard after I headed home that seasoned prog veteran Tom Brislin took the stage as well, so I’ll have to hear how that went, but I assume it was awesome. 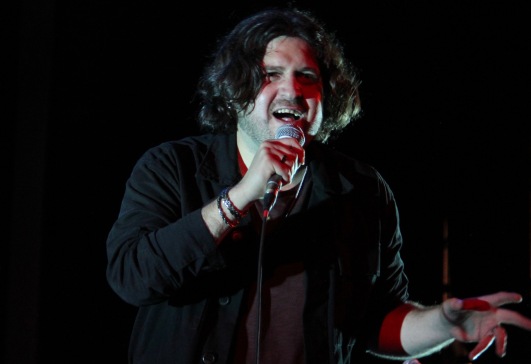 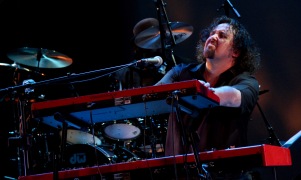 Dave Kerzner, rocking out with his socks…on?

Aisles put on a terrific show. 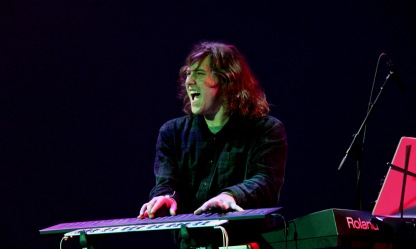 Joe Dorsey is clearly tearing it up here. 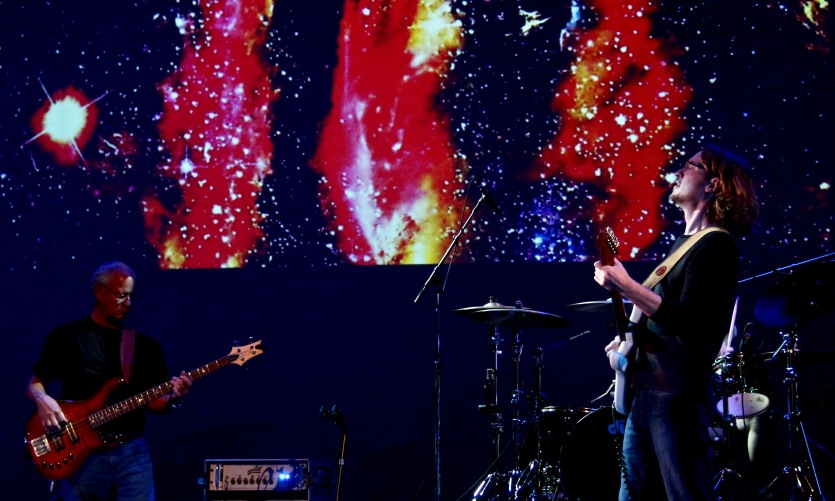 Resistor, progging the hell out.