Some may think a three-day Prog Rock festival is a day or so too long. Those people need to attend Chicago’s Progtoberfest. Having (nearly) recovered from Day Two, it was time to dive headlong into the final day.

The first band of the day, Sonus Umbra started off with a really cool set. Their mix of heavier sounds and folk elements (which included non-traditional instruments such as the flute, that were highly featured in the songs) was really awesome. I really enjoyed their set, and though I have seen their music around on the Internet, their set definitely piqued my interest and I will be checking out their catalog.

Chicago based trio Coyote Man played very heavy instrumental prog metal. They will likely be one of the heaviest bands of the weekend. They had a really chunky, thick sound, but also layered on lots of atmosphere as well. I really enjoyed their set, and was happy to hear music that was a little more on the metal side to start off the day.

The Devil’s Staircase, which features several members of Sonus Umbra, played next. Their set started out with a rousing cover of “Mars, Bringer of War” by Holst. If that isn’t an Uber-proggy way to start out, I don’t know what is. They played a really adventurous instrumental set, with frequent excursions into different genres, such as flamenco, new wave, and experimental. It was very much of a surprise to learn that they were a new band, and that this was their first concert. 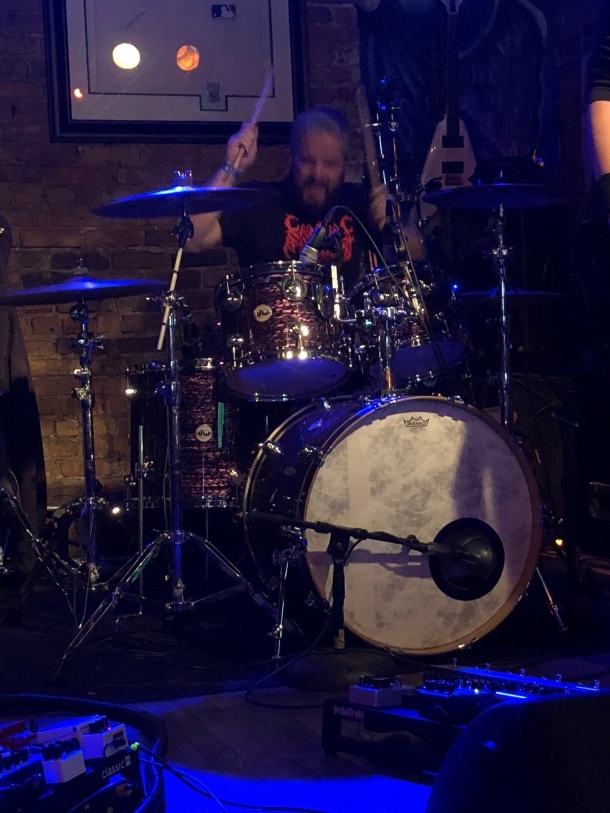 Ovadya was a very adventurous group. They had a larger ensemble, and crossed a lot of musical territory. Their music had a stronger folk element to it. Lead singer Terrence Prince has a magnetic presence, and a powerful baritone voice-something you don’t hear as much in rock music, as most singers are tenors! It’s always refreshing to hear a singer who commands the lower register well. They incorporated diverse musical and historical elements into their set, including even Jewish traditional music at one point.

Little Atlas was next. Little Atlas is fronted by keyboardist/singer Steve Katsakis, who I saw open for District 97 last year with his band Grackle. They played melodious, thoughtful progressive rock with a slightly harder edge. Steve’s voice and lyrics have a narrative, expressive quality to them, and the music was complex without being overly so. The more technical passages served the songs and never felt too excessive.

Westward, hailing from Salt Lake City, described themselves to me as cowboy space rock, which definitely piqued my interest. I could definitely hear each of those elements in their sound, as their music featured atmospheric soundscapes, loops, and distortion. Despite their spaced-out hooks, their music was really palatable, and even at times pop-infused. Cedric said they reminded him of Muse, when they’re being adventurous. 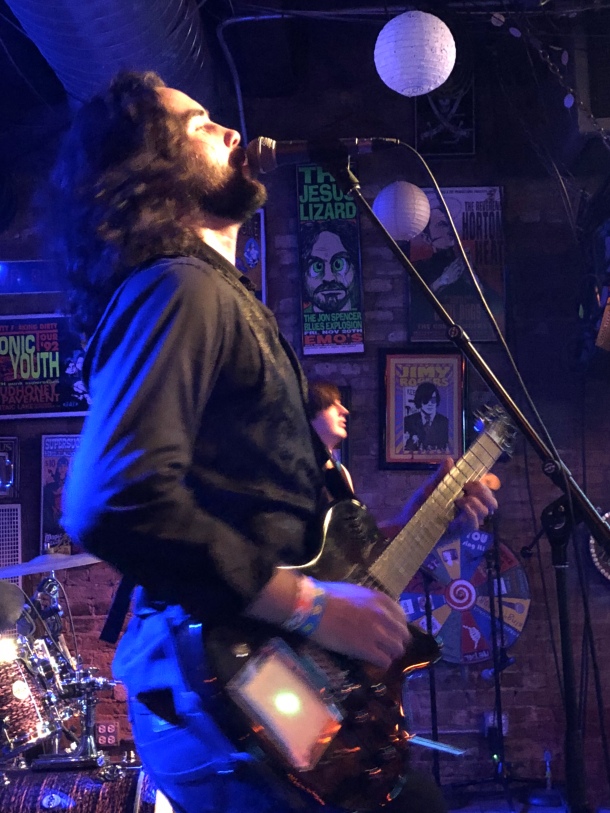 With a name like Gramps the Vamp, I expected something Halloween-ish. As I crossed the hallway over, I heard a loud Wurlitzer, which meant that my suspicions were warranted. Gramps the Vamp was a full ensemble, equipped with guitar, bass, drums, keyboards, a trumpet, and two saxophonists. Their music was spooky retro-horror, which was fitting, as their name was taken from a Scooby Doo villain. As bizarre as the premise is for this group, their music was really exciting and engaging, and highly orchestrated and technical. The brass instruments sounded particularly great. 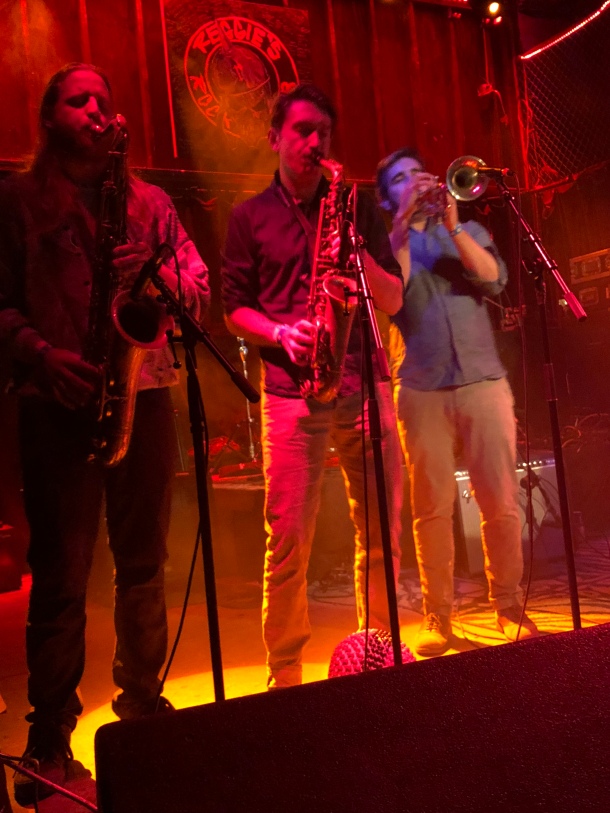 Ohio-based Axion-Neuron were a really great jazz fusion ensemble, fronted by vocalist Heidi Swinford, Their music was a mesmerizing blend of prog and jazz, and their fusion chops were impressive. They had a great sound, and are definitely worth checking out. 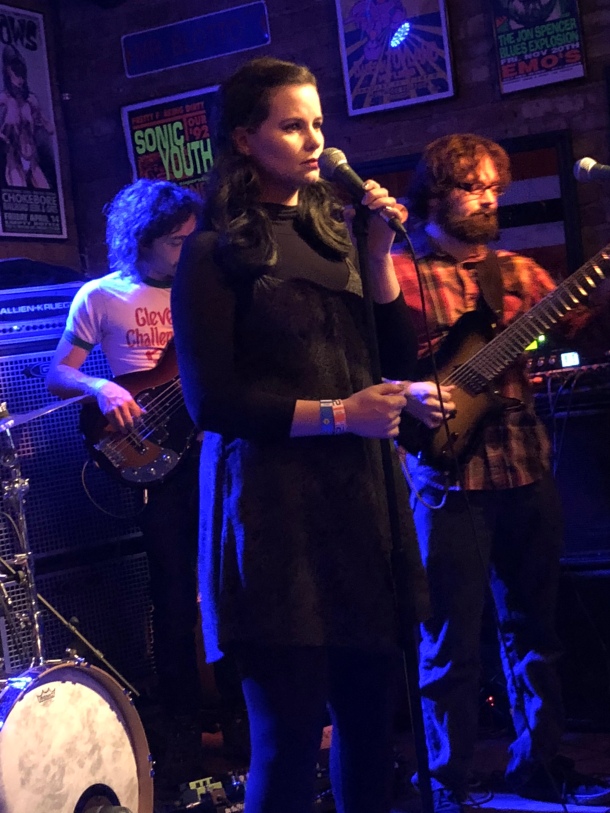 The Chicago Zappa Collective took the stage next, playing Zappa’s timelessly offensive Joe’s Garage álbum from start to finish. It’s been a while since I’ve heard that album, and surprisingly, I had forgotten just how absurd, ridiculous, and vile that album was and still is! Golden showers on sex bots, venereal diseases, prison sodomy,the Church of Appliantology…

Having said all that- the band played a fantastically rendering of the entire album, with astonishing accuracy. The vocals were on point, the instrumentation was extremely impressive, and the ad-libs in between from the Central Scrutinizer were updated to modern times, riffing on Brett Kavanaugh, Apple products, and more. You can tell this group had a lot of fun putting this show on, and I’m sure wherever Frank Zappa is now, he is probably smirking and thrilled that he’s still making people squirm in 2018.

The Aaron Clift Experiment were next. Aaron played a variety of songs from his 3 albums, opening with “Last Crash” and “Faith” from his latest album. Aaron brought with him relatively 3 new musicians, who were announced following the departure of their bassist and drummer. They played a great set of music, and their songs were very well received. 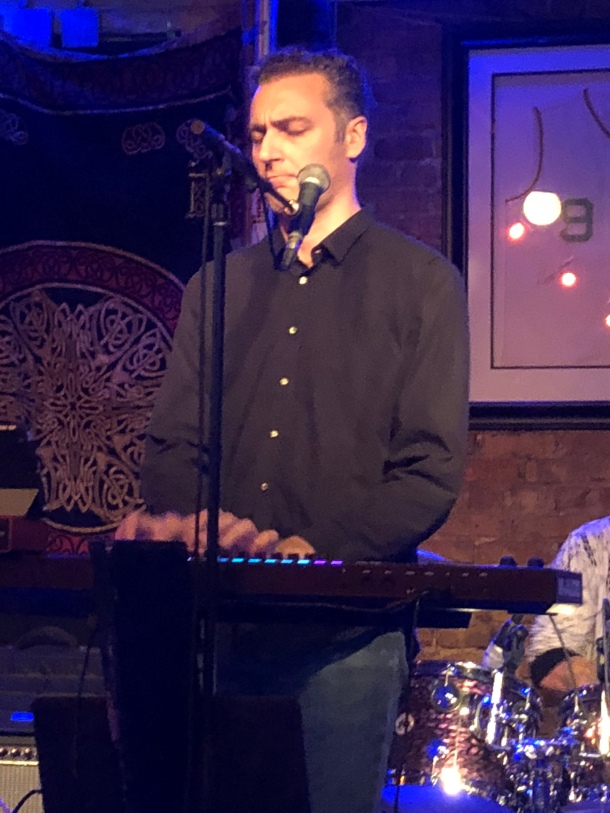 Italian Band Möbius Strip played a set of really solid progressive jazz fusion, which was a definite throwback to the great fusion acts of the 70s. As a contrast to the wild, fun, offensive music of Zappa that had been on the stage previous, Mobius Strip played melodic and pleasant jazz fusion with skill and precision.

“And now for something completely different”: Chicago band Lovely Little Girls. Led by visual artist and musician Gregory Jacobsen, Lovely Little Girls played a bizarre, jarring, and overall delightful set, complete with vocal warbling, speak singing, arrhythmic guitar solos, highly dissonant chord clusters, and overall weirdness. When I learned that they hung out with the Cheer-Accident folks, it made a lot of sense. This is the type of boundary pushing, wild, borderless art that I can get behind!

Members of District 97 and the Chicago Zappa collective joined forces to pay tribute to Bruford’s legendary album One of a Kind. It takes some kind of moxie to decide you’re going to replicate the work of Bill Bruford (drums), Allan Holdsworth (guitar), Jeff Berlin (Bass), and Dave Stewart (keys). But these cats pulled it off, adding a few touches of their own in the process. The band can’t be blamed for not trying a note-for-note reproduction. That music is HARD. 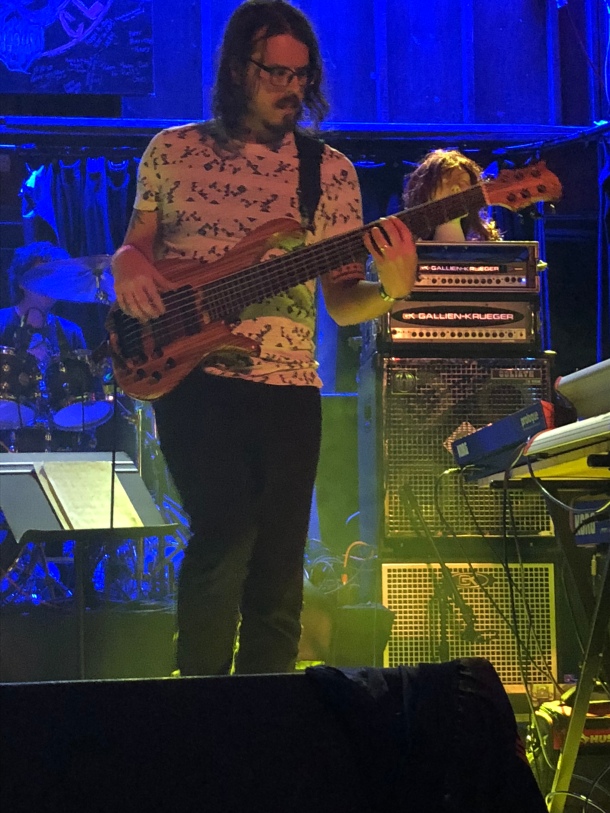 French TV brought an ethereal bit of fusion to the music joint, hammering out grooves and melodies reminiscent of Brand X. Light touches and heavier riffs mixed quite nicely. The band played with a great mix of fun and swagger, winning the Music Joint audience over in no time.

The legendary Soft Machine headlined the Rock Club. It was easy to see why. The room was packed to enjoy the fusion-oriented grooves and experimental sounds. The band focused on material from its latest album, but threw in more than a few classics as well. It was a great way to close down the Rock Club side of the festival.

Thoughts of an anti-climax or musical winding down were eliminated quickly by FM, who performed an absolutely blistering set in the music joint. The band ripped our heads off with a few classic tunes, and then took to playing the whole of Black Noise, which repeatedly brought people to their feet. It’s hard to imagine a better ending to three days of wall to wall music.

Progtoberfest isn’t just a musical weekend. It’s an endurance test. For now, the recovery has begun. Another great weekend of music is in the past. But the exploration of these bands has just begun.