I can describe the music of Luke Dowsett as enriching in many ways, but the most accurate description I found is soul enriching; What he composes and creates is totally captivating. Apart from having amazing collaborations, the work of this Australian musician is a delight in the full extent of the word.

Since 2014 we have been surprised with a new release every year. Vent was his first EP and from that moment he began a creative process that has not stopped and has brought to life releases as Color Storm, History, In Parallel along with Glass Skies and last but not least Forces at Play.

I think it is important to add that this project has become more touching for the attachment of a specific cause in its last delivery; all proceeds of Forces at Play were donated to charity. For these reasons, I wanted to know a little more about Luke so, without further ado, I present you his interview in the following lines.

What does music mean to you? Describe it in three words.

Did you grow up within a musical environment? How and why did you first start playing guitar?

I grew up in an environment where there was always some form of music playing. My mum would have Bruce Springsteen (maybe Steve Miller or Matchbox 20 depending on the weather) playing through the sound system every morning while we would get ready for school.

My dad loves the likes of ACDC/Megadeth/Guns n’ Roses, which I began to enjoy at around the age of 8 or 9, especially for the guitar work. My mum won a raffle at a local swimming carnival when I was 9, and sent me up to collect the prize. To my amazement, I was given the choice of prizes, and made my way back to my seat with an envelope containing a voucher for 4 free guitar lessons. 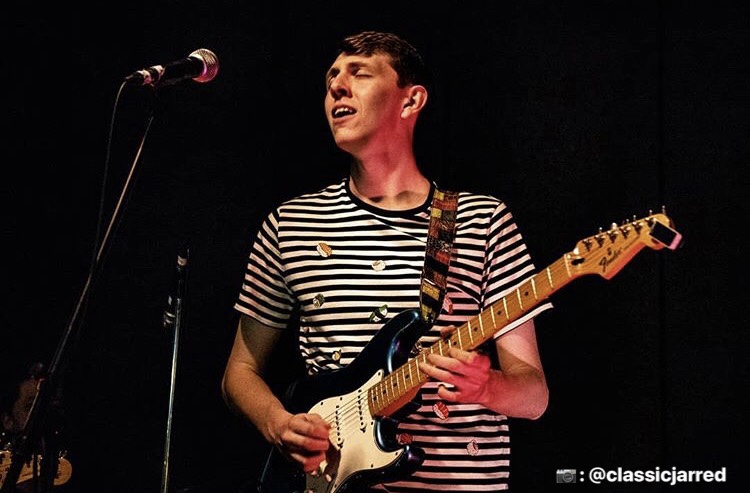 What made you create your own music? How and when did you decide it?

Four chord love songs I wrote at the age of 10 aside, it was more or less just a combination of multiple areas of interest meeting with one another. Playing, writing and recording.

The music that is “Luke Dowsett” came about as result of experimenting with these concepts (all of the basics of harmony and melody) I was learning about early on in my uni course. All trial and error, combining writing, playing and recording in order to find a middle ground that would help me understand what I was learning and playing in much greater depth. I ended up with a full song that I released around the middle of 2014, and decided that I liked the style of music so much that I would release my first EP about 3 weeks later.

Speaking of your creative process, what is the theme or inspiration behind your songs?

There’s never really an ongoing theme or inspiration behind my music. One thing I’ve continually worked to convey in more recent releases is the telling of a story. I usually like to set the scene or idea at the very beginning of the process.

Take my song Ego – Self from the split I released with Glass Skies for example. The first half reflects my take on the movement of the ego; there are moments of calm and clarity, though they never last and are often followed by the likes of doubt and unease. The Self half is much quieter and clear, and provides the concept stability and clarity associated with the Self.

How do you compose your music? How do you materialize or translate what you think or imagine? How do you give life to an idea?

The guitar often comes first, though not always. Whether it be a riff, or a single chord or note which stems out into something much bigger. That is usually enough to give me a sketch of what form the idea will take, and is more often than not a reflection of whatever mood I might be in. I then record it, and work from there, and so begins the cathartic process of writing and arranging and coffee drinking until there’s a completed piece of music.

What does Luke Dowsett want to achieve with his music? What do you try to convey, communicate or express?

It’s an outlet for expression and exploration before anything. My drive is to take all of my thoughts and emotions and whatever might be happening in my life, and shape it into sound. I find that the more I do it, the more I am exploring concepts and techniques to further my understanding and abilities of music. That is my immediate goal, and I will be achieving my goals as long as that is the case.

For people to connect emotionally to the music is something else entirely beyond words, but always an achievement that brightens the whole experience incomparably! 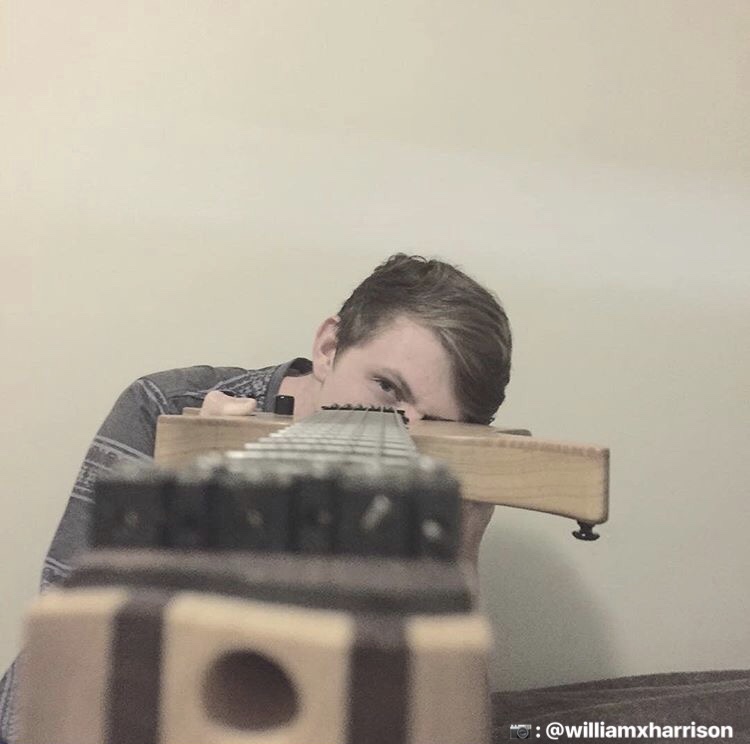 Also, I saw that you practically do everything that refers to your music. What is the hardest thing to do? The production, the mixing or the mastering? Why?

Mixing and mastering is definitely the point I find most difficult. It’s all still relatively new to me. However, the further this project progresses, the more I am enjoying working with other musicians and learning from them.

The biggest improvements to the mix side of my music has come from tiny lessons learnt from other people, as opposed to the times I might spend countless hours working on an area of the mix only to feel like it’s done more damage than good.

Do you remember how your first show went, did you have any good or bad experiences from which you learned something to apply in later performances?

The first show I played was the Brisbane leg of the Plini and The Helix Nebula co-headline national tour in 2015. It was fantastic, and was the first time I had ever really had the chance to meet musicians that I idolize. Everyone was so lovely and humble, and equally grateful to be there playing. It kind of made me realise that we were all essentially there for the same reason, which was to play the music that we are fortunate enough to create. That has been a very important lesson going forward in all areas of my music.

As for the bad, my Line 6 Pod HD500 died as we were taking the stage. Though Will France from Weightless In Orbit (AMAZING Brisbane band) was quick to lend me his rig, and teach me how to use it in about 20 seconds! Will, if you’re reading this, love ya!

What do you enjoy the most about live performances?

It’s just a completely different energy. It gives the music life and feeling that is entirely separate to the recordings. That, and having the opportunity to play it alongside incredibly talented people who also enjoy playing the music!

Yes, I definitely believe so. I think as our influences, focuses, priorities and life situations shift, so too does the creative output. The music becomes a subconsciously informed reflection of that.

I know more stuff about more things now then I did four years ago, and have experienced more on all platforms of my life than I had four years ago. These experiences shape our output, both creatively and critically.

Personally, if I were to purposely try and recreate a certain sound from a previous release for guaranteed sales and listeners, it would most certainly lead to misery and crisis on my part.

As an independent artist, what have been the obstacles that you have faced?

As a tiny independent artist, I would say the biggest obstacle I have faced is poor communication. I look back after every release and find myself thinking, “I wish I had promoted it more”. There’s a lot more to it than just releasing the music, and this is currently one of the areas that I’m most focused on improving upon.

What advice would you give to someone who wants to make music?

There’s more to learn about yourself through making music than I ever thought possible, and nothing but fun (and just a lil’ sprinkle of self-doubt and uncertainty at times) so just go for it. It’s an adventure, with the ups and downs of one, and entirely worth it.

What are your future plans? Do you have upcoming shows? Are you planning to release new material?

I’m currently working on my debut album. With the release of this, I plan on making the playing of this music a full time endeavour. More soon!

Something you would like to add or a message for your fans.

Thanks for the chat ❤

I want to thank Luke Dowsett for letting me ask him these questions about him and everything related to his music. I admire the perseverance you have to continue creating; you are an example of all the beauty that music can achieve in a person and how it can impact others. We need more committed musicians like you!

And you who are reading this, give yourself the opportunity to listen to the music of Luke Dowsett. Experience for yourself everything music can create and build for you and by you. We need more musicians like Luke but we also need more people committed to the growth of a musical community that dares to express itself with meaning and cause.