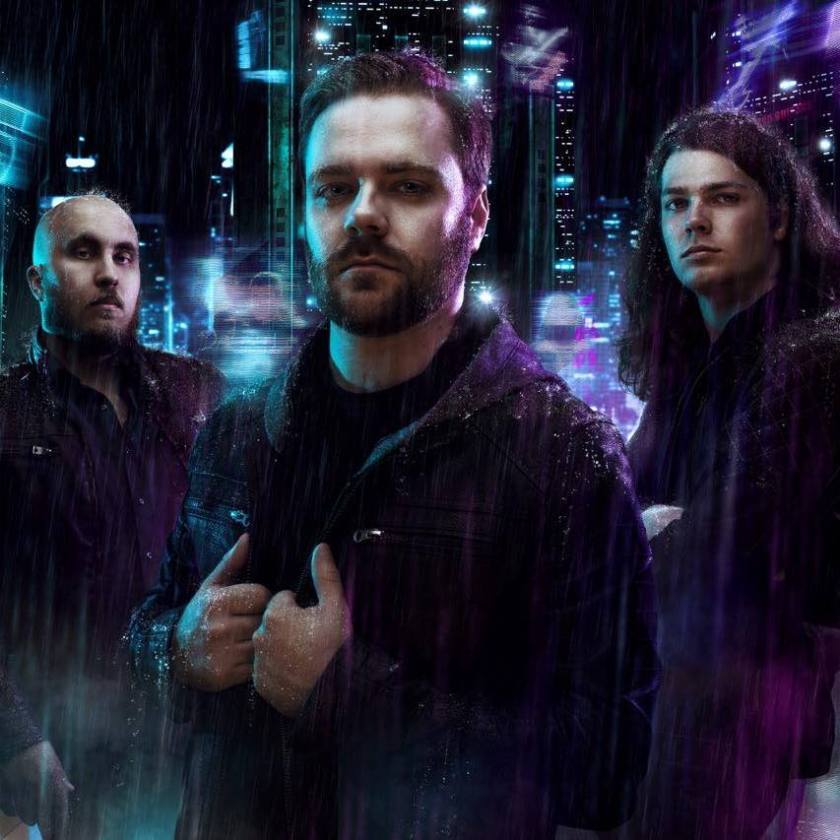 Nashville’s Lines in the Sky can’t be ignored. Their unique sound is a blend of technical wizardry and melodic warmth, and their latest album, Beacon, has been released to critical acclaim. They even shared the stage with other prog metal heavyweights at this year’s RoSFest. And now, they are beginning to embark on a tour that covers several Eastern states and Canada. I caught up with Lines in the Sky’s Jesse Brock to ask him about the history of the band, their latest release Beacon, and what’s in store.

How did you first fall in love with music? At what point did you (all) decide to become musicians?

My mother had Bowman and me in piano lessons from a very young age.  That was the foundation for our musical interest. A big thing for both of us was our involvement with drumline in high school.  We had two instructors that were instrumental in forming our practice regimen, which developed our music work ethic at an early stage.  We’ve never departed from this mindset, and it has been crucial for how we both write music and troubleshoot.

Ben has an alien beginning to his musical journey.  He emerged from a Uruk-hai birthing complex in 2014. He was born with a Uruk-hai blade in hand and a bass guitar.  His story from there is history. 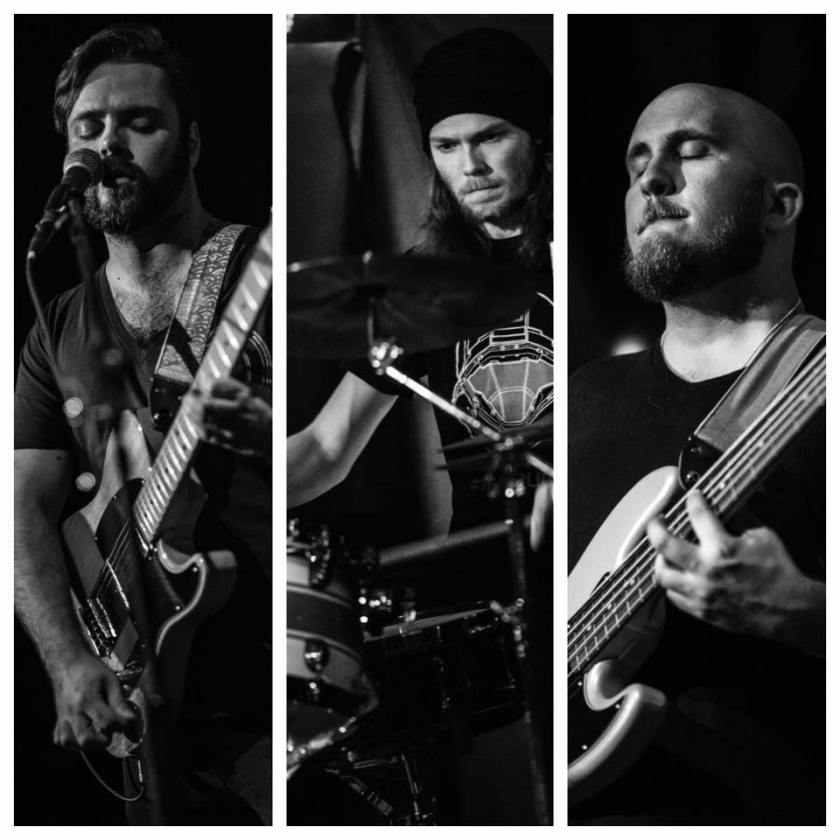 Tell us a little bit about some of your musical interests at the Brock household. Who were your idols?

We were exposed to tons of artists and genres, from Mozart, Stevie Wonder, even bluegrass, to practically being raised on The Police and Peter Gabriel.  Those are both heavily influential to this day. My favorite band of all time is Coheed and Cambria. Those guys have had the single largest effect on my music, personally.  They were able to take progressive playing and fit it into a melodic structure that was listenable. I met Claudio in a Guitar Center randomly. I nearly cried.

Bowman is into most of the same things I am but he is heavily into fusion stuff.  Bands like Snarky Puppy and Sidewalk chalk are regularly in his rotation. He also is heavily into gaming soundtracks.  Particularly that of Halo, Killzone, Hollow Night, Half Life series, and many others.

Tell us about the history of the band. How did you meet bassist Ben McAnelly?

Ben and I met when we were at Belmont University in Nashville through several recording projects.  He was also aware of LITS from similar recording projects and had offered his services if we ever needed them.  So when the time came where we needed a new player he was the first person I went to. Bo knew him as well but he always forgot who Ben was, and we always give him trouble for that.

How is music composed within the band?

This has been different with every record.  For the first two full-length albums, Hilasterion and Parallel Travel, composition was primarily done by me.  Beacon was Ben’s first record with us and we really wanted to try working with everyone collectively to tweak some existing ideas.  During the process we also came up with two completely new songs that also made it onto the album. We are currently working on some new material that is completely collaborative where we all are in a room together and we bring all of our ideas into one spot and work through each of them.   While a lot of our neighboring Nashville bands do this, with collaborative songwriting being king in this town, you can imagine the different group mindset this style of collaboration requires, given the complexity of prog rock music versus, say, the Americana folk pop/rock that is rather prevalent here, along with the ubiquitous country music songwriting teams.

Give us a little profile about each of your albums thus far- 2014’s  Hilasterion and 2016’s  Parallel  Travel, and most recently, 2018’s Beacon. How do you feel like you’ve changed as a band?

Hilasterion was a collection of songs that I wrote from the time I graduated high school to the middle of college.  I was trying very hard to do the Circa Survive thing and I think we did a decent job at fitting into that genre with our big ambient sound.

Parallel Travel was somewhere in the middle of college for me and I was super confused about what I wanted to study and what I wanted to do with my life.  Lots of the lyrical content is focused around being uncertain about ‘adulting’. Musically I was trying to move away from the whole post rock experimental thing and focus on more cohesive partwriting.  I also think we achieved what we wanted to do with this record but it was apparent to me that it was time to start getting experimental. Which leads us to…

Beacon!  Which is comprised of some ideas that didn’t make it onto Parallel Travel and some completely new ideas we wrote with Ben.  We had a large amount of time between Beacon and Parallel Travel because we had some trouble locking in a bass player as well as a rigorous amount of shows.  Beacon is my favorite collection of LITS songs, hands down.  It represents how far we have come with our writing. Everything on this record just felt right.  We nailed the transitions between songs and every riff was analyzed meticulously. Others can disagree, but we are super proud of this record and the progress it represents.  We had our best team during the recording process and we came out with a great product. 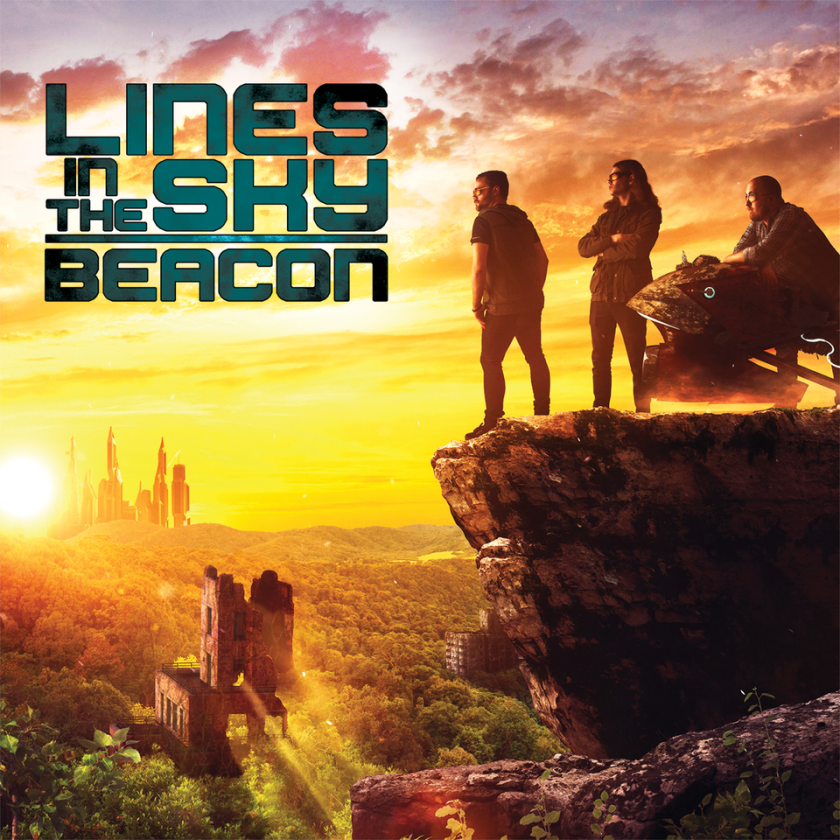 The lyrics on Beacon are very evocative. Tell us about some of the prevailing lyrical themes on the album.

There’s a lot packed in here so I will summarize it to the best of my ability.  A big focus on this album is political polarization. I happen to be a ‘centrist’ on the current political scale.  It just so happens that people in this area get polarized by people on the left and the right and it gets annoying and sometimes people get violent.  This album deals with traversing both sides of that spectrum and dealing with violence and intolerance from said parties. In parallel, it describes my transition to my current beliefs and how I used to be extremely frustrated with my positions.  I think that speaking about this is incredibly important in music because there is a lot of bandwagoning and witch hunting. There are far more ways to agree with someone if you simply dig deep enough and keep your emotions at bay.

There’s also a song about some characters in Halo 4.  We are big nerd gamers. Our beautiful emotional ballad “Library” is totally about the romance between The Librarian and The Didact.  So while the song pretty much stands on its own without knowing this little background tidbit, for gamers, it adds an entire new listening dimension.  In my opinion, of course.

Lines in the Sky was featured at RoSFest this year. Tell us about that experience!

Rosfest was crazy.  It was one of the most engaging crowds we’ve ever played to.  The venue was also a seated theater and it was very intimate, so we knew we really had to be on our A game.  Believe me, when we hit that downbeat I was a little nervous. Despite some anxiety, it was an amazing experience.  George Roldan is really doing a good thing and everyone involved was incredibly welcoming to us and utterly professional.  The RoSFest fans are super loyal. You see a lot of shirts from past festival dates and past bands that have played. They also go out of their way to connect with you after your show and many of them have kept up with us personally.  It’s truly a one of a kind experience that we look forward to being a part of in future years!

Any gigs coming up in the near future?

We are on tour starting next week (July 18 or 19) through August 12.  Check out the tour dates on the social media and come hang if we’re in your area!  🙂 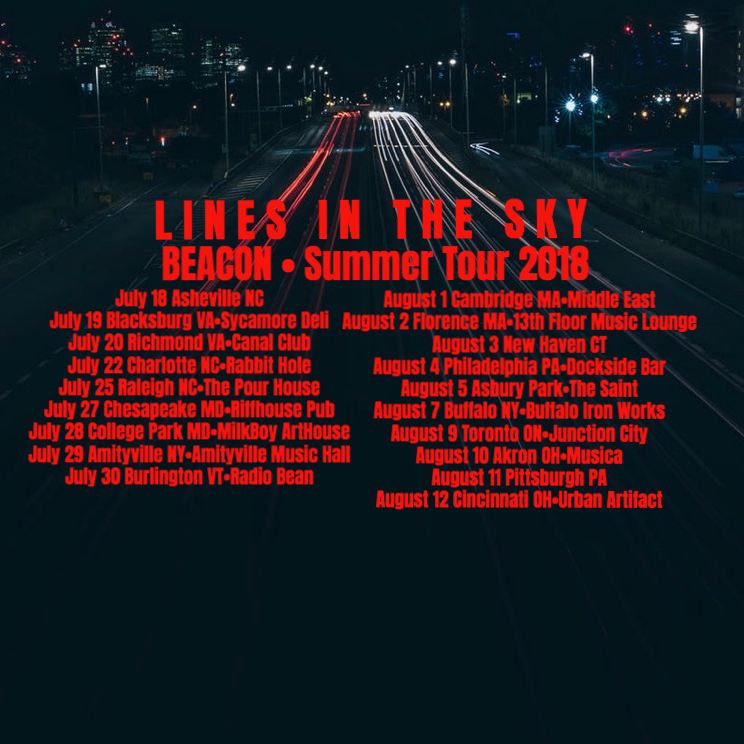 What is in store for Lines in the Sky?

LITS IV BABYYYYYYY.  We’re really excited to finish up these shows and then lock up for the rest of the year and write a follow up to Beacon.  We’ve already got some new works in the pipeline, and there are tons of ‘little ideas’ floating around that just need to be developed.

Visual art seems to play into your music as well, as many of your songs have animated videos. Tell us about the development and creation of your art aesthetic and the role visual art plays in your creative process.

Yeah man I love how that animation came out on that video.  We have more of those and we are using them as streaming videos on YouTube.  Believe it or not, there is a large audience that consumes music there. We haven’t done much animation  beyond those videos but we would love to do some animated video work with our stuff. So if anyone reading this wants to collaborate please hit us up!

While we are on this question I think it is important to note a specific writing technique I used on Beacon with art.  I am a huge cyber-punk and general sci-fi fan and I love looking at concept art from pieces from this genre.  I came across an artist, Andrée Wallin. He has done concept art for some very high profile sci-fi films. I am particularly fond of one of his images and I’ve spent a lot of time staring at it.  I try to put myself into that picture and imagine what it sounds like in certain areas of the image. Other times I will create scenarios happening in that image and develop stories out of it. Sometimes nothing will come of it but I still have this image and still draw a lot of inspiration from it.

Check out Lines in the Sky’s latest album, Beacon, here! And make sure to catch them on their latest tour.