To all of our lovely readers: Thanks to an incredibly thoughtful surprise gift from my beloved friends and family, I was given the amazing opportunity to represent Proglodytes on Cruise to the Edge 2017. I will be reviewing each show I see and I will try to help you, our lovely readers, share with me in this amazing experience.

I arrived in Tampa on Sunday, where I met up with the incomparable Luigi Alvarez( a friend of my sisters’), who is not necessarily  a prog fan, but is definitely a taco fan, which means we were instant friends. We grabbed a bite at Taco Bus. It was delicious. We discussed life, the universe, and conspiracy theories. 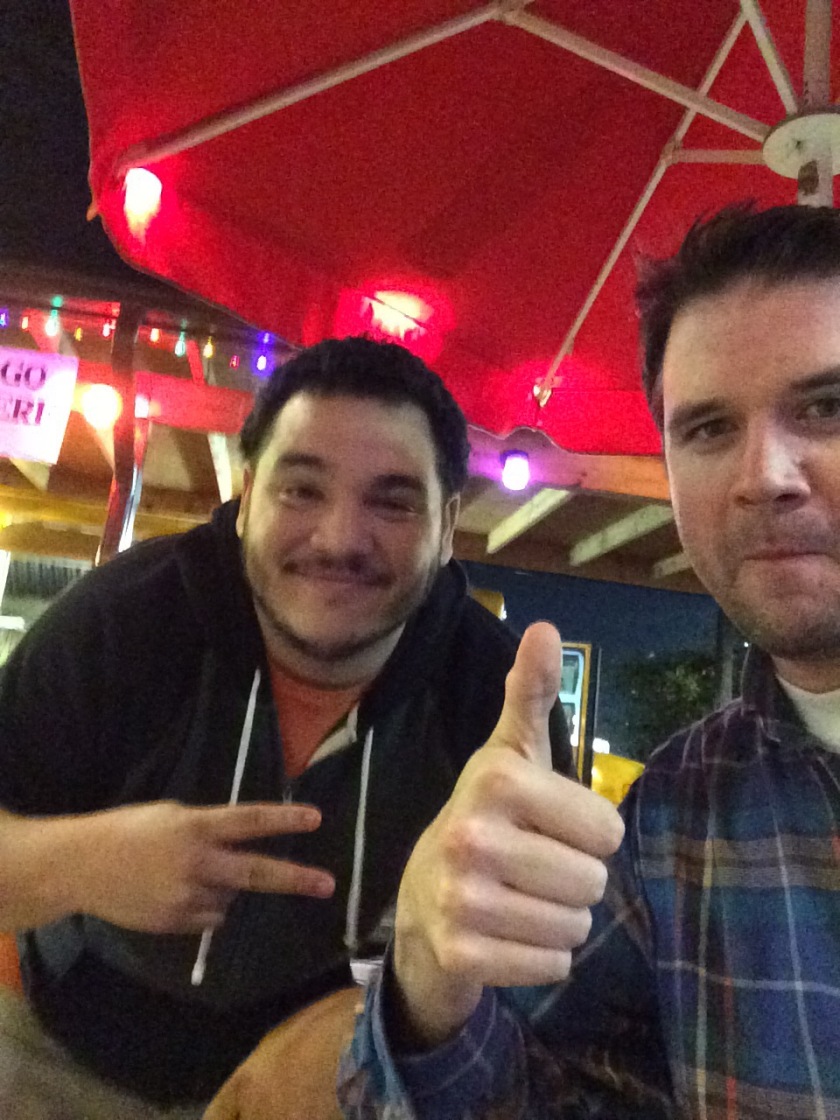 After a relaxing morning, I thought I’d head to Wal Mart to pick up some last minute items. While in the clothing aisle, I ran into Daniel Gildenlow, the lead singer from Pain of Salvation (one of my favorite progressive metal bands). I introduced myself, and tried hard not to be the obnoxious fan that holds up a dude who is just trying to buy himself some swim trunks. We chatted for a bit and I headed out. Seeing Daniel in a store just reminded me that yes, musicians are people too. Just in his case, really good looking and freakishly talented people.

I got to the Pre Party at around 545. I ran into some of the guys from Circuline, a really excellent progressive rock band (that Proglodytes will interview soon!). Soon after,the host of the show, John Kirkman, introduced  the incredible John Wesley, and he began his set.

We reviewed John Wesley last year, and interviewed him for our podcast. It was one of the most insightful, pleasant interviews we’ve had on Proglodytes. And his new album a way you’ll never be is a masterpiece. He kicked off the night at the party with a stellar acoustic set. His first song, ‘by the light of a sun’, was one of my favorite songs on his album, and it was cool to see him sing a stripped down version (he remained clothed) that was intimate but powerful. Some of my favorites from his set: he sang my brother Arthur’s favorite John Wesley tune (which is also one of his favorite songs by anyone ever) ‘Desperation Angel’. He also treated us to a wonderful cover of ‘In Your Eyes’ by Peter Gabriel, as well as the touching and melancholy track ‘silence and a cup of coffee’. John Wesley will be playing with a full band later in the cruise, and while I am super excited to see that, I am glad I got to see him in that more intimate setting.

I also ran into this familiar face. Any guesses?

In case you don’t know, it’s Steve Rothery from Marillion (who will be on the cruise).

John Lodge and the Ten Thousand Light Year Band then took the stage. The Moody Blues was my first concert as a young music fan, so it was special to kick off this cruise with a throwback to that moment. John Lodge sang a blend of old and new songs, focusing on his big hits with the Moody Blues. He noted that it was the 50th anniversary of their iconic Days of Future Past album, so he sang a few songs from that early era- “I’m Just a Singer” and “Isn’t Life Strange” were highlights. He also played a few songs for the first time in the states, among them “Candle of Life”. They were a really solid live band, with particular kudos to the guitarist, Duffy King, and the keyboardist Alan Hewitt. 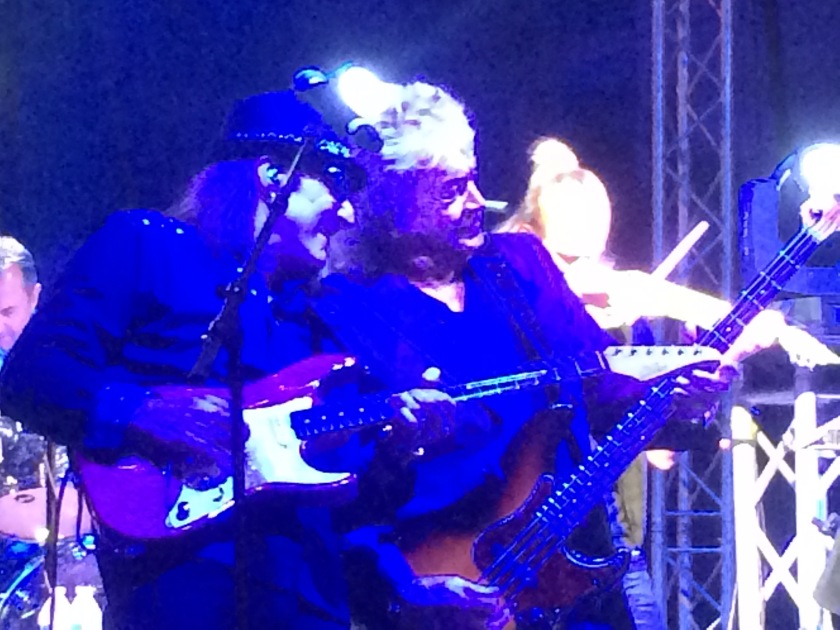 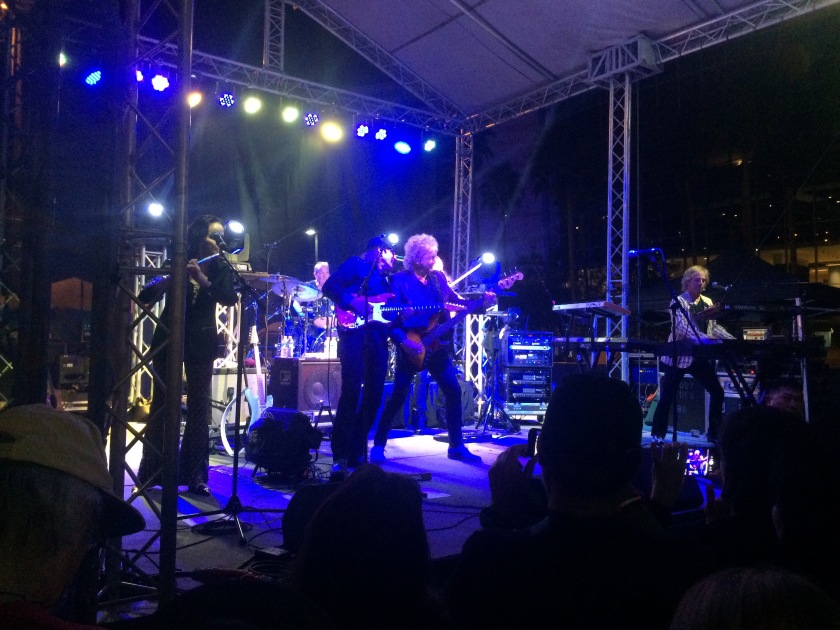 What followed his act was a really cool part of Cruise to the Edge, called The Grid. Musicians from all over the world signed up to play different prog classics. We were treated to spirited renditions of “Tarkus” by Emerson, Lake, and Palmer, “Aqualung” by Jethro Tull, “School” by Supertramp, and even “The Sound of Muzak” by Porcupine Tree. 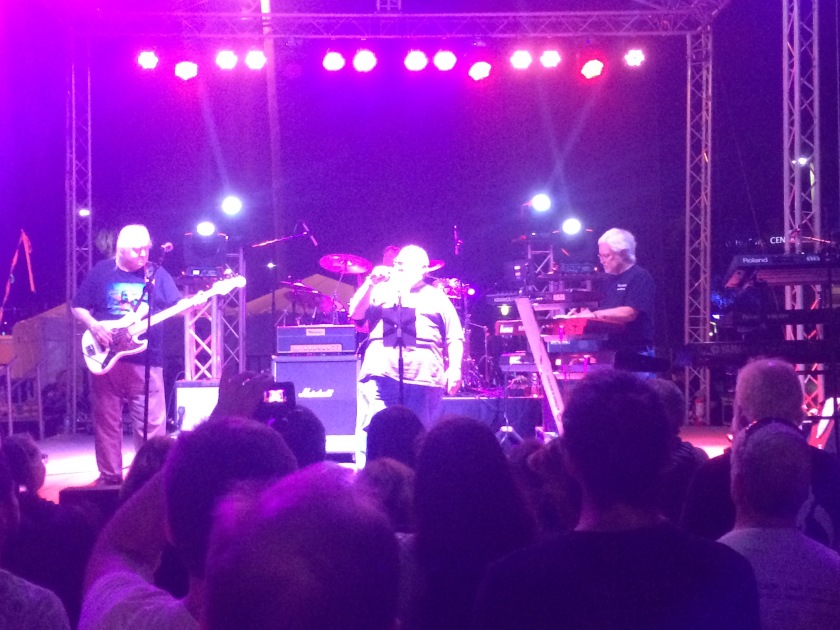 The night was a great kickoff for the event. I met some really cool prog fans from all over the world: Mexico, Brazil, Italy, Germany, Sweden, Iceland, England, among others. Everyone there shared a love for progressive rock, and there was a powerful sense of camaraderie in the crowd as we sang along and cheered. Everyone around me understood my obscure references and snarky commentary, and everyone was really friendly and cool. The concert succeeded in getting the crowd ready for the amazing things to come.

So, this concludes Day 1. Signing off for tonight. On behalf of Proglodytes: Go prog yourself.