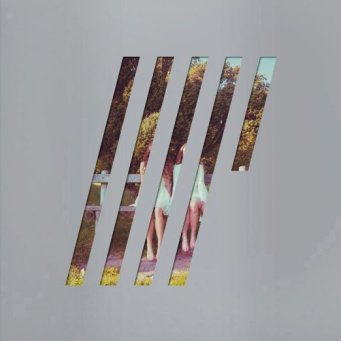 Steven Wilson has released four full albums as a solo artist to date (Insurgentes, Grace for Drowning, The Raven That Refused to Sing, and last year’s excellent Hand. Cannot. Erase.) and his latest release, 4 ½, represents something of an interim release as opposed to a full-fledged album. This is not a new move for Wilson, who has previously released various EPs and compilation albums which contain, as does 4 ½, a reworking of older material and tracks that were recorded but ultimately left off of other albums.

The album opens with “My Book of Regrets”, a 9-minute track that was written during the Hand. Cannot. Erase. sessions, and was part of Wilson’s live set list, but that was not included on the album. The track begins with a staccato guitar riff, somewhat reminiscent of Porcupine Tree’s ‘Time Flies’, that gradually builds for the first two minutes, before Wilson again displays his affection for terraced dynamics with a sudden drop in volume as the instruments drop out leaving the vocals alone -it is remarkable how little Wilson’s voice has changed over the last 20 years. An extended instrumental section follows with each band member having a moment in the spotlight to show off their chops, which are all considerable. The section is all the more impressive when one realizes that the bass, drums, keyboards and most guitars were actually lifted from live performances as opposed to having been recorded in studio.

The second track, “Year of the Plague,” immediately brings to mind the mood of Wilson’s third Album, The Raven That Refused To Sing, so it comes as no surprise that it was originally written during the Raven sessions. It features arpeggiated chords played on a guitar while a violin plays a slow and plaintive melody. Additional breadth is provided by piano and minimal synth strings.

“Happiness III” is as misnamed as one would expect for the gentleman ironically referred to as “Mr. Chuckletrousers” in at least one Facebook group. While the music isn’t anywhere near the bleakest in Wilson’s oevre, it’s hard to see lyrics such as these being related to “Happiness” in anything but the most ironic of ways:

Are there any reasons left to get out of bed?
Is there anything else I can write that I haven’t read?
It’s all been said.

The chorus is atypically hooky and reveals some of Wilson’s pop leanings. Overall, it’s a decent, if not spectacular, track that provides a good tempo change from the “Year of the Plague.”

Any pretension towards a lighter mood is immediately abandoned with the opening slow and dissonant chords of “Sunday Rain Sets In.” The piece was originally intended for the Hand. Cannot. Erase. album and is meant to depict the main character of that album “living in her tiny apartment block in a council estate, looking down at the city through a veil of gray, English rain.”   That image is well invoked by this instrumental track.

Another instrumental track, “Vermillioncore,” follows. It’s an interesting number that mixes electronic percussive and elements that almost approach dub step along with more standard rock instrumentation. The best part of the piece is Nick Beggs’ fuzzed up Chapman Stick solo at 1:15 in.

To end the album, Wilson presents a re-working of “Don’t Hate Me,” originally from Porcupine Tree’s album Stupid Dream. In addition to being taken at a slightly slower pace, the most obvious change is Ninet Tayeb’s singing of the chorus. Those familiar with Hand. Cannot. Erase. will recognize her from the almost too sad track, “Routine.” In “Routine,” she is absolutely marvelous, at one point unleashing a cry that sends shivers down the spine. Her addition is less effective in this track. She is still a fine singer, but having a second voice singing in a song about such desperate loneliness doesn’t quite work.

Overall, 4 ½ is an adequate morsel in between albums, but it makes one hungry for the full meal that Wilson’s previous solo albums have been.

4 ½ was released by Steven Wilson on January 22nd through K-Scope.