I’m writing this review at 1 am and a group of musicians from the various bands we’ve seen today are playing the entire Court of the Crimson King album in a Greg Lake tribute. They just finished a ridiculously awesome version of “21st Century Schizoid Man” by King Crimson, with the lead singer of District 97 on vocals. And now Nick D’Virgilio is singing “Epitaph”? I’m in heaven.

So let’s start at the beginning. I’ll leave out my personal details of watching Fresh Prince reruns in my hotel room and stuff and get right to the cruise. I met my roommates for the cruise, two very cool gentleman named Bill and Craig. Bill is in marketing and tech, and Craig is a family medicine doctor. They form part of a group of guys who went to college together and are all on this cruise as a reunion of sorts, and I’m just tagging along on Bill and Craig’s Excellent Adventure. 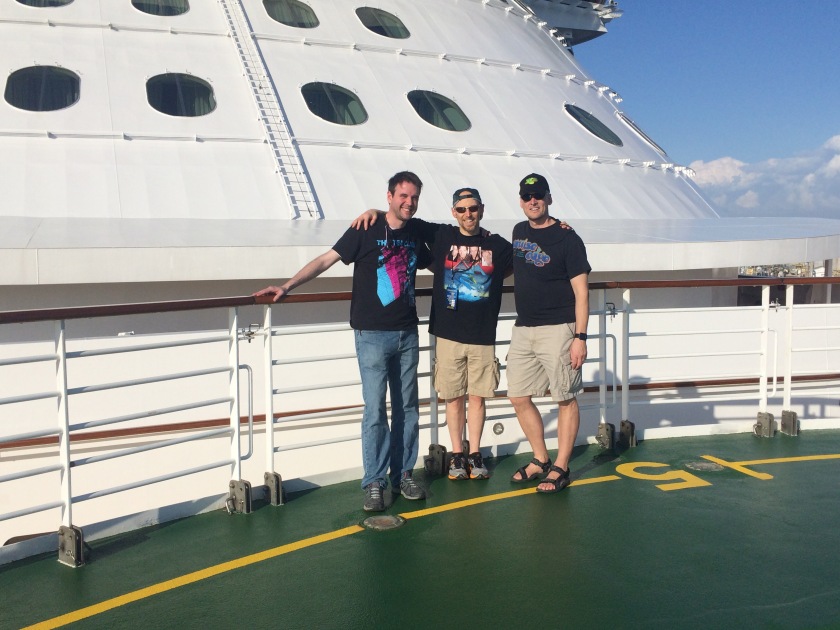 The first event at the concert was Mike Portnoy’s Birthday Bash. He promised everyone there would be some great surprises, and he delivered. His first band to play was Flying Colors. I’m a huge fan of that project, and was really pleased to see the gentleman play their set. They opened with their epic “Infinite Fire” from their first album. They brought their trademark energy and melody to te stage as they played a few songs from their last album- “Place in your World” and “Mask Machine”. Portnoy gleefully played as the rest of the guys powered through their set. I was particularly blown away by Steve Morse’s shredding. Flying Colors was a stellar show, and I’m really looking forward to their latest album (and hopefully a live show that comes close, though I won’t get my hopes up).

After their set, there was a bit of a shuffle of personnel, and we were treated to a Transatlantic reunion (sans Roine Stolt, who was replaced by Ted Leonard, and Ted Leonard’s 5th member status was replaced by Bill Hubauer, multi instrumentalist from the Neal Morse Band). They had a stellar set, with “Into the Blue” from Kaleidescope as their opener. Midway through the song, Daniel Gildenlow popped out to sing along. Luckily, he stuck around for “We All Need Some Light” for high harmonies. Transatlantic surprised me by ending with their epic from Bridge Across Forever, “Stranger In Your Soul”. It was extremely windy, but apart from the occasional static, the band sounded great. And it’s always great to see Pete sing lead.

After the Birthday Bash, we headed down to the Pacifica Theater to see Yes do their Drama/Tales from Topographic Oceans concert. I am a fan of Drama, but it’s not my favorite Yes album. Regardless, it was a blast to see them perform those songs live. Both Bill and I agreed that Davidson’s handling of the vocals were fantastic. He truly captured the Yes ethos as he sang and played back up. Alan White is still recovering, so they had a fill in drummer. While they did an admirable job at this concert, and while Billy Sherwood may be the best replacement bassist there is, we collectively felt the absence of the one of a kind Chris Squire, as well as Alan White (although he played on two songs). Highlights from this concert: “Tempus Fugit”, “And You and I”, “The Revealing Science of God”.

I dipped out a bit early so I could get to Pain of Salvation’s show on time. I’ve been a fan of their work since the late 90s and knew I couldn’t miss a second of this concert. And these guys delivered. As soon as they entered the stage and started playing “Full Throttle Tribe” from their new album, I knew that this would be markedly different in terms of what we had seen thus far- heavier, darker, more intense. Ragnar, Daniel’s partner in crime, ended that song horizontally, apparently overcome by the heaviness. I was relieved to see him get up. 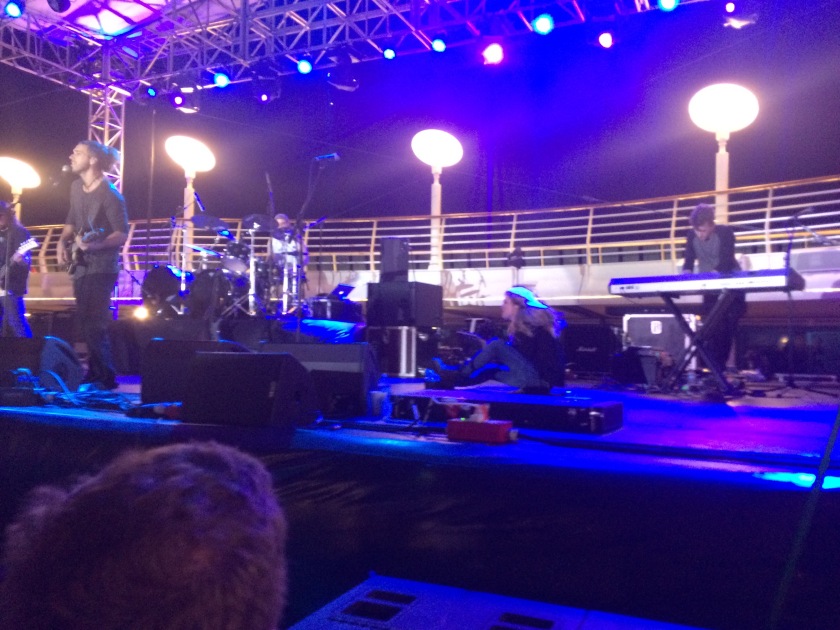 Daniel and the boys played an amazing set of old and new tunes. While I love the new album, it was fantastic to be able to see “Beyond The Pale”, “Ashes”, and “Falling/The Perfect Element” live. The band was really tight, which is incredible when you consider how complicated rhythmically the material is. And Ragnar’s vocals were spot on, on both the new and old material. They are a bunch of beautiful, talented Nordic dudes that put on an incredible show for fans of progressive metal.

The next show was another of my most anticipated shows: Haken. This show was a game changer for me. I thought they were great before, and now I am convinced they are one of the best bands in progressive metal. They played a full set, opening with  “Initiate”, which was flawless. They followed that with “Falling Back to Earth”, from their previous album The Mountain. At this point I was able to wrap my head around the fact that everyone on stage was singing complex, intricate backup harmonies, as well as playing their instruments. I was blown away by their level of skill and precision. Every member of the band shined throughout the show. I must give particular props to Ross Jennings. His voice is in great shape, and he proved himself to be quite the showman, especially during “1985”, as he danced around with his neon sunglasses. (Edit: it was also Ross’s birthday-grateful that he spent it with us!)

They played several great tracks from The Mountain and Affinity, but “The Cockroach King” was a noteworthy display of skill, as the band juggled Gentle Giant-ish counterpoint and complex instrumentation. I could not have been more pleased with Haken’s performance tonight.

And that closes day 2. Tons of great music, lots of new friends, and all sorts of plans for the rest of the week. Signing off for tonight!